The Saint Bernards Are Coming to Smolak Farms 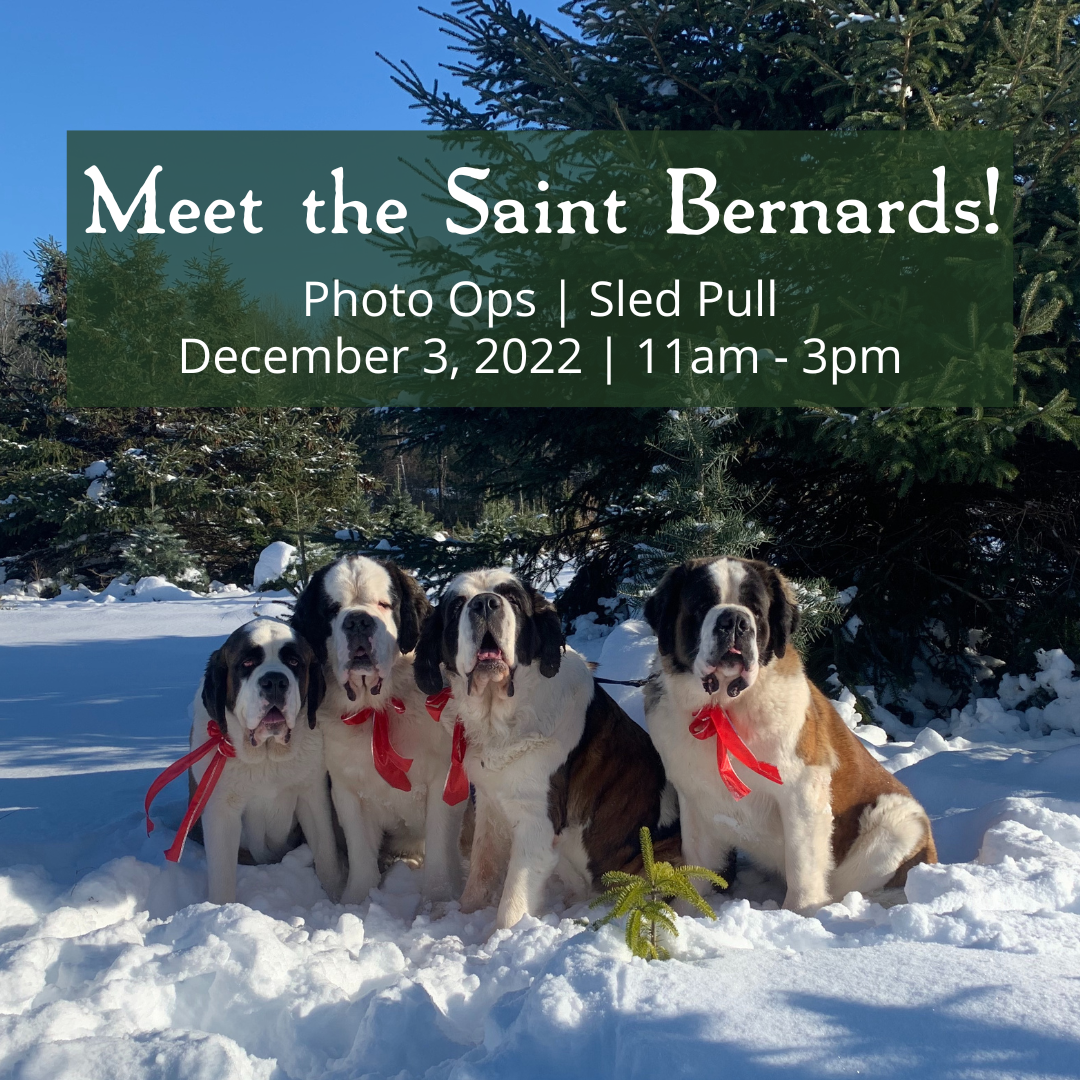 The Saint Bernards Are Coming to Smolak Farms

On Saturday December 3rd from 10am – 3pm, we’re welcoming the Saint Bernards back to the farm! Families can come out and choose from our extensive selection of pre-cut trees.

The lovable and gentle Saint Bernards from New England Saint Bernard Club will be around to pull them back to your car, take pictures with you, and make your day unforgettable!

As early as 1050 in the Swiss Alps, Bernard of Menthon established a hospice to assist travelers to Rome.  With snow drifts as high as 40 feet powerful working dogs, later known as the Saint Bernard was used to move with the travelers. Over the course of three centuries of work it is estimated that Saints rescued more than 2,000 lives while traveling across the Alps.  In addition to working through the Mountains, Saints also worked as guard, herding and draft dogs for the valley farms and Alpine dairies.  The original Saint Bernard was a short hair/smooth coat and the long hair/rough coat was not bred into the Breed until 1830.
The Saint Bernard is considered a Giant Breed dog, weighing between 140-180 pounds for males and 120-140 pounds for females.  The Breed Standard, created by the Saint Bernard Club of America, calls for males to be 28-30 inches at the withers and females to be 26-28 inches.  The average lifespan of the Saint Bernard is 8-10 years and part of the AKC Working Group.  The Breed Standard uses the word “powerful” multiple times to describe the appearance of the Breed, as the image of the dog should be such.